Deceased Woman Found By Fireman In Her Car 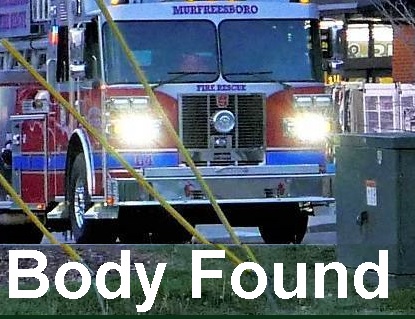 (MURFREESBORO) An unresponsive 28-year old woman was found Monday (1/6/2020) night in her vehicle that was parked in Kroger's parking lot at 2243 Veterans Parkway.

Brittney Rigsby was pronounced deceased by paramedics from the Rutherford County Emergency Medical Services. There were no obvious signs foul play.

Detectives with the Murfreesboro Police are investigating an unattended death of a woman found by firefighters.

Murfreesboro Fire Rescue Department Engine 5 crew members pulled into Kroger's to buy groceries. They noticed a woman in a silver Jeep with the seat laid back.

Fire Captain Matt Young knocked on the her window, but got no response. He opened the door and discovered that the woman was deceased. He then radioed for officers and an ambulance.

The case is under investigation. Detectives have requested an autopsy to determine the cause Brittney Rigsby's death.