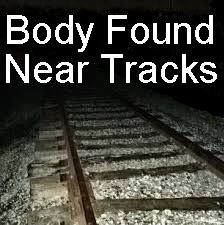 Here's an update on the deceased woman found last Thursday night near the railroad tracks behind Mayday Brewery.

The female has been identified as 43-year old Valerie Jane Schneider.

Murfreesboro Police Officer Amy Norville told NewsRadio WGNS, " There were no obvious injuries and no signs of foul play."

The cause of Valerie Jane Schneider's death has not yet been determined, pending the outcome of the Medical Examiner's Office investigation.

The tragic incident occurred around 6:00 o'clock last Thursday evening, January 17, 2019, when Murfreesboro Police Officers responded to a call about an unresponsive person lying near the railroad tracks and close to the intersection of Old Salem Road and Patterson Avenue.

Again, no obvious injuries and no signs of fowl play in the death of Valerie Jane Schneider.