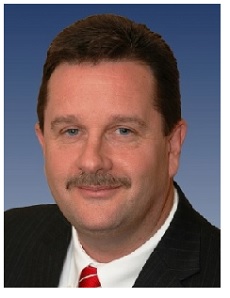 On Tuesday (1/28/2014). Marchesoni released, “Detective Mayercik is on administrative leave with pay pending an internal inquiry. When the inquiry is final, information will be available.” The Sheriff’s Office would not comment on what the inquiry focused on.

Detective Mayercik has been with the Sheriff’s Office since 1995. He started in the detention facility, but was soon transferred to the patrol division. Mayercik began working in the Investigations Division in 2003. His most recent position was a detective who focused on cold case homicides.

In Nov. of 2013, Mayercik announced that he is running in the Republican Primary on May 6, 2014 for the position of Rutherford County Sheriff. Others on the Republican ticket are incumbent Robert Arnold, along with Correctional Work Center Board Member Bob Asbury, who was third in command of jail and courthouse security during Truman Jones' administration.

Former SRO Major Bill Kennedy, who allegedly left after a demotion during the transfer of power, reportedly is asking the Rutherford County Democratic Party executive committee to nominate him during their caucus at 10:00 o'clock Saturday morning, February 8, 2014. They will be meeting on the second floor of the historic courthouse to choose their party's county candidates.

Another detective whose career recently ended quickly, Jim Tramel, is running as an independent candidate in the August 7, 2014 general election.