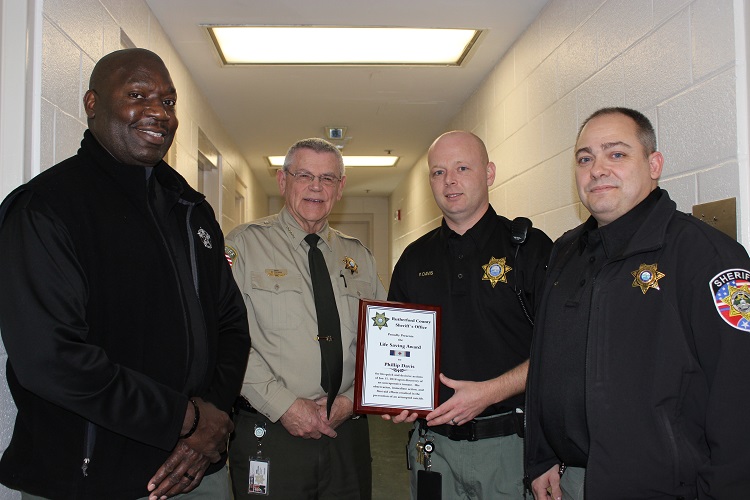 He performed chest compressions on the inmate allowing the inmate to regain consciousness during the emergency Jan. 15 at the detention center, said Capt. Chris Fly.

"Due to Lt. Davis' quick response and identification of a medical emergency, he prevented a loss of life," Fly said. "His dedication and commitment to the organization and the inmate population is greatly appreciated."

Fly presented the award to Davis in front of the evening shift he supervises. Also attending the presentation were Sheriff Mike Fitzhugh and Deputy Chief Bernard Salandy.

"I commend you on your performance by preventing an inmate death through chest compressions," Fly said.

Davis said any correctional officer could have saved the inmate's life.

"I can't do this without everyone in here," Davis said.

Salandy thanked Davis and the officers he supervises.

"Our employees make the Sheriff's Office, especially in life-saving moments," Fitzhugh said. "What you do every day, I applaud you."