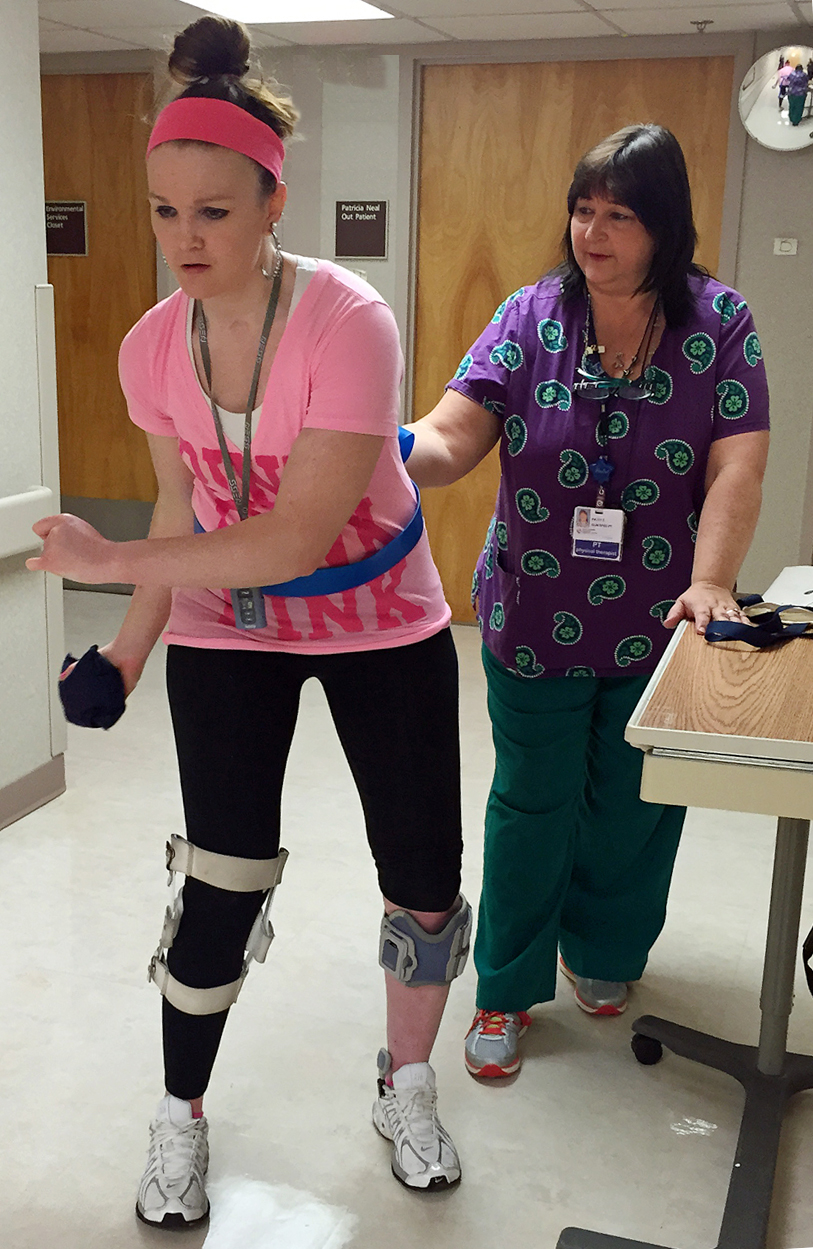 The aura of an Academy Award-winning actress will be in evidence at Murphy Center during MTSU's fall 2015 commencement Saturday, Dec. 12.

As Rachel Ruppe walks across the stage to receive her bachelor's degree in English, she just might feel the spirit of the late actress Patricia Neal -- if she is able to convince herself that she really is graduating.

"It's hard to put into words," Ruppe said. "I guess it's because I don't believe it until it actually gets here ... I've been waiting for so long."

Ruppe, who had a full academic scholarship and a 4.0 GPA, was less than one semester away from graduation on Nov. 5, 2011, when her car ran off the road in rural Morgan County, overcorrected and smashed into a tree during a weekend trip home to see her family.

She was airlifted to a Knoxville hospital, where she was diagnosed with traumatic brain injury. Medical professionals issued a grim prognosis.

"They told me when we brought her home, 'Take her to the nursing home. She'll probably never get out of the bed,'" said Jennifer Ruppe, Rachel's mother.

Defying the experts, Jennifer Ruppe took her daughter to the Patricia Neal Rehabilitation Center at Fort Sanders Regional Medical Center, where she learned how to walk and talk all over again.

"The room that Rachel was in ... was the room that Patricia Neal herself occupied when she was there, and they call it 'The Miracle Room,'" Jennifer said. "And she certainly is a miracle."

The center is named for the Knoxville native and star of motion pictures such as "The Fountainhead," "The Day the Earth Stood Still," "The Subject Was Roses," "A Face in the Crowd," and "Hud," for which she received the 1963 Oscar for Best Actress.

Neal suffered three massive strokes while she was pregnant with her fifth child in 1965. Her husband, author Roald Dahl, insisted that she undergo rigorous rehabilitation, resulting in a successful delivery of a healthy daughter and a triumphant return to acting. Neal died in 2010 at age 84.

The center that bears her name serves stroke, spinal cord and brain injury patients like Rachel.

Because of Jennifer Ruppe's determination and her daughter's hard work through years of online classes, 25-year-old Rachel will become the first member of her family ever to earn a college diploma. She will receive that diploma in person.

"The stage has a ramp and I'll be able to use my walker," she said.

She did it by taking online classes from her home in Oakdale, Tennessee. While she called attending classes via computer "wonderful," there are aspects of brick-and-mortar education she misses.

"I liked the experience of being in the classroom because I'm a people person," she said. "I like being around people. I like talking to people."

That trait will serve her well as her adviser, English professor Jimmie Cain, and rehabilitation specialists work to help her get a job that she can perform via computer from her home.

"Rachel has been an inspiration to me," said Cain. "Despite the severe challenges she has had to overcome, Rachel has never wavered in her intention to complete her degree in English and to graduate from MTSU, maintaining a positive outlook and a cheerful disposition even in the most difficult of times."