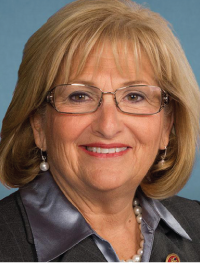 The Diane Black campaign announced that it has raised more than $6 million since the beginning of her campaign for Governor and more than $3.3 million during the 1st quarter of 2018. The campaign has received 2,196 total contributions from all 95 Tennessee counties and has almost $2.1 million cash on hand.

"We are building the strongest grassroots campaign in the history of the state of Tennessee, and financial contributions are a big part of that," said Diane Black for Governor Campaign Manager Matt Parker. "People across the state of Tennessee are responding to Diane's compelling personal story and strong conservative message. It's clear that she is best positioned to win in August and in November."

╨ More than $6 million raised since August, 2017 when Diane entered the race for Governor.

╨ Contributions from all 95 counties in Tennessee.

Diane Black is leading in the most recent public polls and has more than 500 members on her County Leadership Teams.