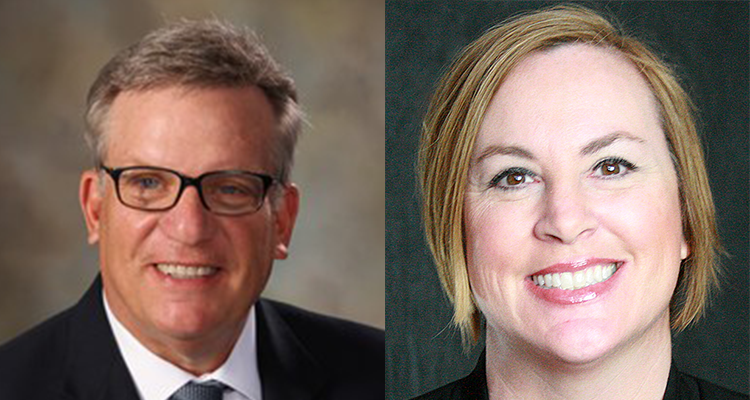 After 40-years as an educator in Rutherford County Schools, Jon Dinkins is retiring at the end of this year as principal at Wilson Elementary. Assistant Principal Angela Barnes has been named the next principal.

Dinkins, who has also been a broadcaster for 20-years at WGNS, opened Wilson Elementary School 17-years ago. Prior to that, he served as principal and assistant principal at Roy Waldron Elementary. Previously, he taught English and coached basketball at Walter Hill Elementary.

Barnes has worked with Dinkins since the beginning of her career, and Dinkins believes she is a "tremendous choice" for the principal role.

"She's an excellent worker and knows the school well," Dinkins said. "She's great with data and will continue to drive the school forward without missing a beat."

Director of Schools Don Odom tapped Barnes as only the second leader in the school's history. "Every member of the interview committee of five members ranked Mrs. Barnes as the top candidate from the four finalists that included in-district and out-of-district applicants," Odom said. "She has a strong academic vision for Wilson Elementary based upon her leadership of the school's state ePlan development."

She has served as the assistant principal for the past four years.

"She has also been a member of several district curriculum committees as a member and co-writer of the fourth-grade Benchmark and Pacing Guide for mathematics and reading/language arts and as the lead representative of the RCS Assistant Principal Cohort," Odom added.

"I'm grateful to have had the opportunity to be mentored by Jon Dinkins, the man that established Wilson as one of the best," Barnes said. "I look forward to our continued success with a dedicated faculty and staff.

"Thank you to Mr. Odom for the chance to lead a great school into a bright future."

Barnes, who previously served as a fourth-grade and kindergarten teacher at the school before entering administration, said she is excited to continue her career at the school as the new principal.