Do you recognize these two men in a red Ford Ranger? 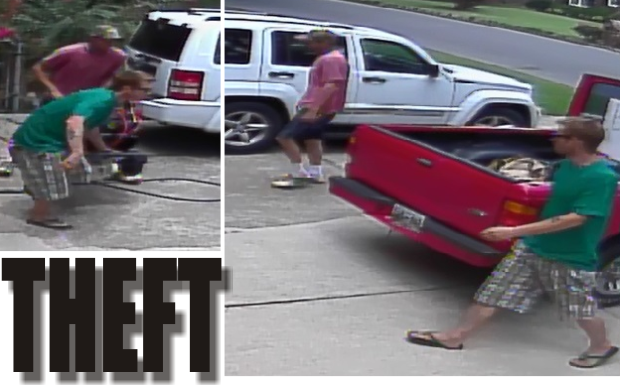 Murfreesboro Police are aiming to make an arrest in the theft of a pressure washer. The theft was reported towards the end of July (2016) and to date, the suspects have not been identified.

The homeowner lives on Grandview Drive in Murfreesboro and left his pressure washer outside while he and his wife ran an errand. When they returned, the pressure washer was missing.

The victim has a home video surveillance system and captured two white males between the ages of 20 and 30 stealing the equipment. They left the home in a red Ford Ranger.

MPD Sgt. Kyle Evans has released photos of the culprits in hopes of someone being able to ID the two men. At this point, they have not been ID'ed.