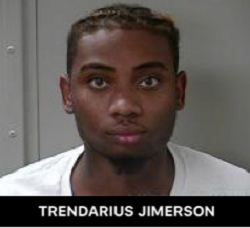 He was called to the scene after a report of shots fired in the 15-hundred block of Factor Walk and determined Jimerson shot at his girlfriend's vehicle when she attempted to leave.

After being interviewed, Jimerson was charged with domestic aggravated assault and taken to the Rutherford County Adult Detention Center. He's being held there on 20-thousand dollars bond.