Domestic Violence: Fighting with the barrel of a shotgun in TN 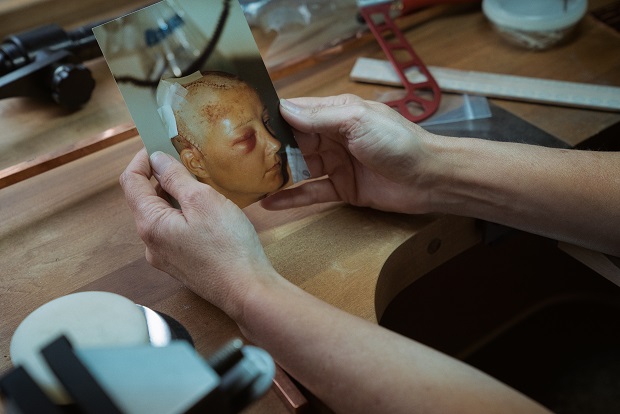 Teva holding a photo from her 1996 hospital stay at Vanderbilt Medical Center after she was beaten by her husband.

WGNS' Scott Walker and Karen Lampler with the Domestic Violence Program in Murfreesboro visited with a domestic violence survivor who was almost killed when her husband beat her on the side of the road. After the attack in 1996, Teva Jane Chaffin ended up at Vanderbilt Medical Center in Nashville and her now ex-husband was arrested. He spent 9 years in prison until he was paroled and eventually re-arrested for his role in beating up another woman.

The man, her former husband, apparently ran her off the road and then beat her until she was lifeless. He then pick up her body and drove her home, which is where police were eventually called and he met with officers with his shotgun in hand after a second assault took place inside their home.

After Chaffin was beat within an inch of her life, she suffered from major brain related injuries that put her on a third grade cognitive level - meaning she had to relearn nearly everything.

Below is the 14-minute interview:

Today, Chaffin spends her time making jewelry, which is her way of healing. You can find her handmade jewelry online at TevaJane.com.

The interview with Teva was part of the ongoing Domestic Violence Center hand project in Murfreesboro, TN.

Below: Teva today making silver jewelry in her art studio. The Hebrew word for nature, that is - everything in the world that isn't man-made, is TE-va. 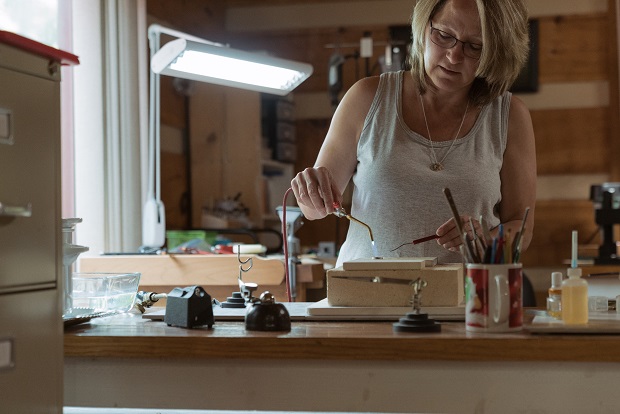