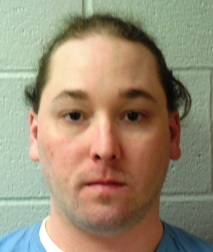 A man convicted in Rutherford County on two counts of the "Rape of a Child" and two counts of "Aggravated Sexual Battery" is wanting a new trial. Nicholas Keith Phillips of Leanna Road received a forty-year sentence to be served at 100%, but now contends that the evidence is insufficient to support the convictions and that his dual convictions for the offenses violate principles of double jeopardy.

According to paperwork filed in the courts, the victim was the 12-year old daughter of a woman he went on a date with. The young girl is the one who called 9-1-1 after the incident occurred. A dispatcher for the Rutherford County Sheriff's Office testified in court, "The victim sounded "[v]ery scared and upset."

Despite Phillips plea for a new court case, the conviction of the "Aggravated Sexual Battery" charge will stand. However, the Court of Criminal Appeals in Nashville wrote, "His dual convictions of rape of a child violate double jeopardy principles and must be merged. Moreover, because the trial court improperly sentenced the appellant, the case is remanded to the trial court for resentencing." In other words, the sentencing of 40-years could change in the near future.