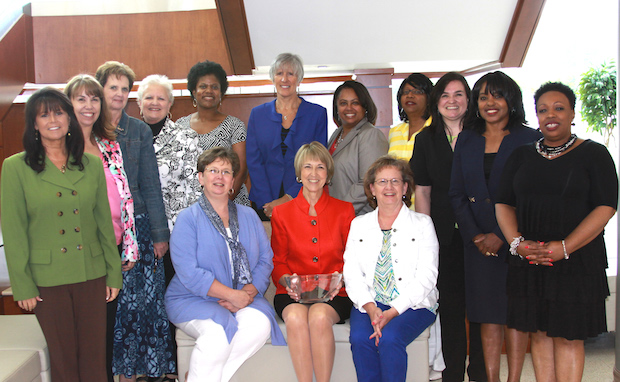 While she has been an active member of WHET throughout her time in higher education, Dr. Apple has served as the presidential advisor for the past three years.

"At the conference, Dr. Apple was recognized for her years of service as well as her contributions to higher education throughout Tennessee," said Ruth Ann Holt, director of Columbia State's Clifton and Lawrence County campuses and Middle Tennessee representative for WHET.

The recognition comes on the heels of Dr. Apple's tenure at Motlow College where she has served as president for the past nine years. She is set to officially retire on June 30, 2015.

According to the WHET website, the organization provides opportunities for members in higher education to engage in cultivating their personal and professional potential. WHET strives to create a path for its members that will lead to continuity in growth and achievement.

The organization's members participate in regional events as well as a state-wide conference held each fall. For more information about WHET, log onto www.whettn.org.