Dreamgirls at the Center for the Arts in Murfreesboro 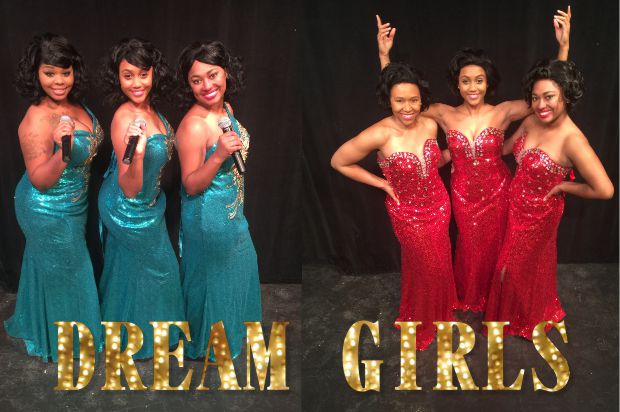 Continuing their celebration of 20 years of theater history, the Center for the Arts presents a dazzling production of DREAMGIRLS, the Tony and Oscar award-winning musical. DREAMGIRLS will thrill audiences beginning on Friday, February 12th and will play thru Sunday, February 28th. The show is directed by Matthew Hayes Hunter, with musical direction by Emily Dennis and choreography by Tosha Pendergast.

Full of onstage joy and backstage drama, DREAMGIRLS tells the story of "The Dreams," an up-and-coming 1960s girl singing group - inspired by the career of Diana Ross and The Supremes - as they experience the triumphs and tribulations that accompany their pursuit of fame and fortune in the tumultuous music industry.

Winner of six Tony Awards and two Grammy Awards, DREAMGIRLS premiered on Broadway in December of 1981. Through several revivals and an award-winning 2006 motion picture adaptation, it has remained an audience favorite for more than three decades. DREAMGIRLS features unforgettable music by Academy Award nominee Henry Krieger and book and lyrics by Tony and Grammy Award winner Tom Eyen. Hit songs from the musical include "And I Am Telling You I'm Not Going," "I Am Changing," "One Night Only," and "Steppin' To The Bad Side."

Center for the Arts Executive Director Patience Long is excited for the show's opening this Friday. "We are very lucky to have amassed such a talented production crew and cast for this show. I can't wait for our audiences to hear the wonderful singing I am getting treated to every day during rehearsals. This show is a celebration of strong women and their talents."