Drug Investigation Leads to Seizure of More than 35,600 Pills 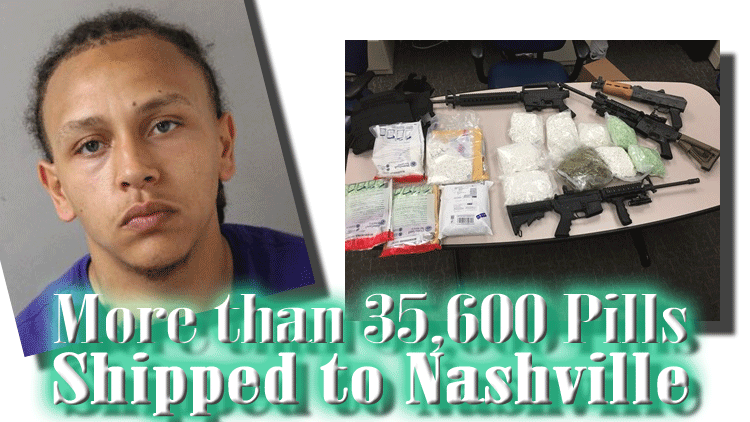 A drug seizure made in Nashville will likely have an impact on neighboring communities as well.

An alleged Nashville pill pusher has been arrested as the result of an investigation that resulted in the seizure of more than 35,600 Xanax and Alprazolam tablets that were shipped to Nashville from Canada.

On Tuesday, detectives from the MNPD's Major Crimes Task Force were joined by agents from U.S. Homeland Security and U.S. Postal Inspectors in making a controlled delivery of an intercepted drug filled parcel to an address on Tampa Drive in South Nashville. Watkins arrived and took control of the package, which originated in Canada. After being taken into custody, Watkins admitted that he sold pills. A subsequent search of a residence on Albee Drive where Watkins was staying led to the discovery of 10 bags of pills and four guns.

Watkins was released from jail after posting a $37,500 bond.