Drug TAKE BACK Is This Saturday 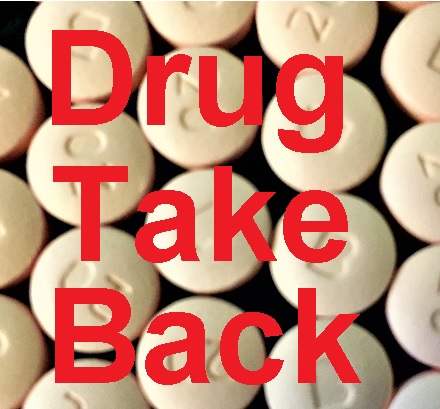 Dispose of your unused prescription medications safely by dropping the drugs off from 10 a.m. to 2 p.m. Saturday, Oct. 27 at the Sheriff's Office in Murfreesboro or TriStar StoneCrest Medical Center in Smyrna.

The Sheriff's Office will partner with the federal Drug Enforcement Administration during the National Prescription Drug Take Back Day to get rid of expired or unwanted medications.

Cpl. Robert Dowell and Deputy Heather Rowland will take the medications at the Sheriff's Office near the flagpole at the main offices located at 940 New Salem Highway in Murfreesboro.

People who want to dispose of the medications may simply drive up to either location and officers will collect the drugs. Medicines collected will be disposed of safely.

"According to the 2016 National Survey on Drug Use and Health, 6.2 million Americans misused controlled prescription drugs," DEA reported. "The study shows that a majority of abused prescription drugs were obtained from family and friends, often from the home medicine cabinet."

Dowell said the collection targets controlled substances such as opioids for pain relief. All medications will be accepted.

"This is a safe way to dispose of unused medications rather than disposing of the drugs into the water system," Dowell said.

People who cannot attend the event Saturday may drop off unused and unwanted prescriptions anytime in the bin located just inside the Sheriff's Office's main lobby.