Drugs in a Drug Free Zone and a Handgun 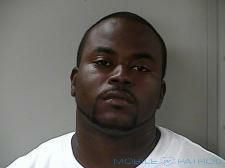 He was within one thousand feet of a "Drug Free School Zone" when arrested by Murfreesboro Police on felony drug charges...

Murfreesboro Police pulled over a vehicle because passenger Bobby Eugene Kelly was not wearing a seatbelt, according to an arrest report. Once stopped, Kelly allegedly exited the vehicle and started to walk away. Seconds later, he got back in the vehicle as ordered by police.

When officers searched Kelly, they found a "large bag of marijuana" in a cargo pocket of his pants. Police also located a .380 handgun.

The 27 year old Murfreesboro man will appear in court to face the felony charges on August 11, 2016.