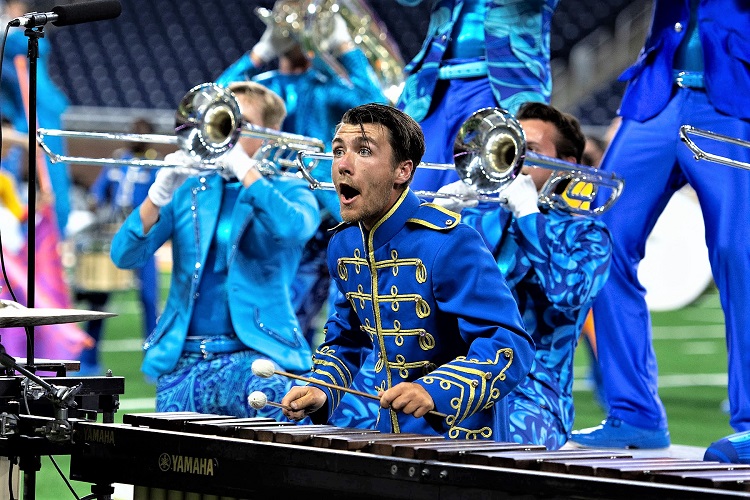 Drum Corps International return to Murfreesboro at 7:00 o'clock this coming Friday (7/26/2019) night. The 2019 Masters of the Summer Music Games will have 14 to 22 year old musicians competing in MTSU's Floyd Stadium.

The DCI Masters of the Summer Music Games will be a jam-packed show of fierce competition among nine of the highest-ranking corps. Those participating will be Bluecoats of Canton, Ohio; Blue Devils of Concord, California; Blue Stars of La Crosse, Wisconsin; Boston Crusaders of Boston, Massachusetts; The Cadets of Allentown, Pennsylvania; Carolina Crown of Ft. Mill, South Carolina; The Cavaliers of Rosemont, Illinois; Music City of Nashville, Tennessee; and Santa Clara Vangaurd of Santa Clara, California.

Each competing group features musical ensembles of up to 150 brass musicians, percussionists, and dance performers ranging in age from 14 to 22. Staged on the football field, these corps' performances feature spellbinding visual formations and stunning choreography set to musical arrangements in a diverse array of classical, jazz, pop and rock music. During the summer touring season, many of these elite groups will travel more than 10,000 miles and rehearse an average of 10 hours a day to compete at the highest levels of musical and performance excellence.

The show is presented by Jupiter, Mapex & Majestic and is part of the 2019 Summer Tour that includes more than 100 shows in 37 states with 45 drum corps on the road to World Championship Finals in Indianapolis August 10, 2019.

Advance tickets are available at www.dci.org/events or by calling 317.275.1212. Tickets will also be sold at the gate.