DUI Number 4 after accident in Murfreesboro 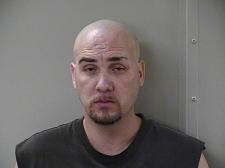 A 38 year old Murfreesboro man has been charged for the 4th time with DUI. The arrest took place when police responded to a two-car accident on Memorial Blvd. this past Saturday morning around 2:30.

Matthew Shannon Graves was believed to be the driver of one of the two cars involved in the wreck and police noted on an arrest report that he had slurred speech, watery eyes and had a "strong" odor of an alcoholic beverage.

After Graves was medically cleared by paramedics, officers asked if he would agree to a standardized field sobriety test, which he did. However, the police report shows that he did not perform to the officers liking. The end result equaled handcuffs and a trip to the local jail.

Graves was charged with his 4th DUI, violation of the open container law, and driving on a revoked license.

The DUI suspect is scheduled to appear in court on October 3, 2017.