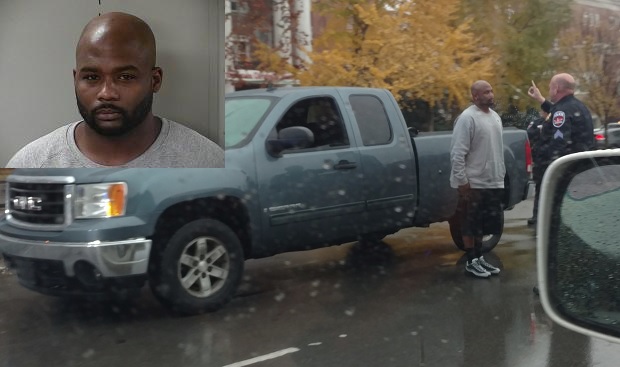 A Murfreesboro man caught driving the wrong way around the historic square several days ago was arrested and charged with his third DUI.

31 Year old Christopher Alexander Blanks Jr. was observed by police driving past the local courthouse on the one way loop around the square, however he was driving the wrong way. MPD Sgt. Higgins pulled Blanks over and questioned the Murfreesboro resident about his driving mishap. Sgt. Higgins noted in a report, "Mr. Blanks had an odor of an intoxicant about his person, but he denied consuming any alcohol."

Blanks attempted to perform the first of a series of field sobriety test, but refused to do any more than one task. He was then arrested and charged with his third DUI.

Once at the local jail, Blanks refused to submit to a blood alcohol content test. Therefore, a warrant was obtained to draw a sample of his blood for the test. The test results will be submitted to the courts as evidence in the DUI case.