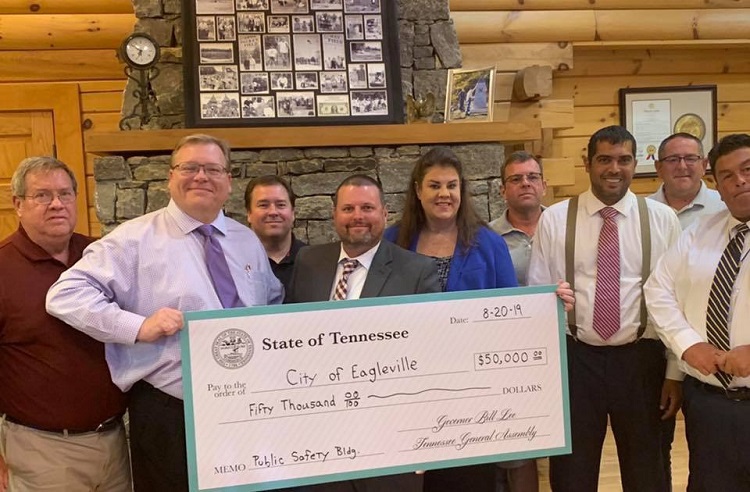 Eagleville officials, including Mayor Chad Leeman, are presented a check from the state from Senator Dawn White and Rep. Tim Rudd.

The project to build a new fire station and public safety building in Eagleville got a big boost in the arm this week.

State officials presented city officials with a check for 50-thousand dollars from the state toward the project.

Eagleville Vice Mayor Bill Tollett said "we are beyond grateful to Senator Dawn White and Representative Tim Rudd for their support for our new fire station and public safety building. They are always supportive of our small town."

The city has been working since 2016 to build a new facility, which is estimated to cost about $2.5 million to construct. They've been seeking grants and financing opportunities to see the project to completion.