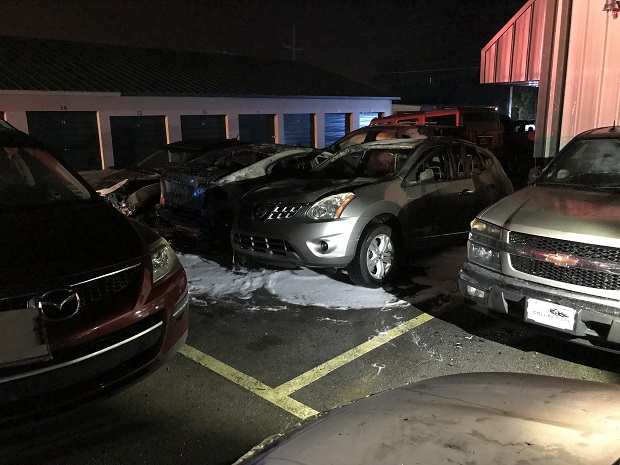 Murfreesboro Fire Rescue Department (Engine 4, District 4 and 7, and Rescue 8) responded to a reported fire at a business located at 1106 W. College Street at 1:46 am on Monday morning.

Crews arrived to find numerous vehicles around the body shop that were fully engulfed with fire. A total of eight vehicles parked near the building burned with damage to approximately six additional vehicles. The structure did not suffer damage due to the fire.

According Fire Marshal Carl Peas this fire was intentional and is being investigated as Arson.

Peas says" While we have collected evidence at the scene, we encourage anyone who may have seen some activity at this location or who has information that may be helpful to call Murfreesboro Fire Rescue Department at 615-893-1422."