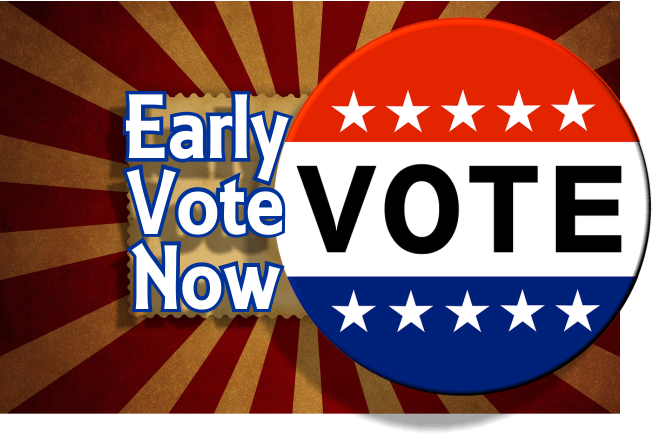 Early voting for the November 8th Elections is available October 19th
through November 3rd at seven polling locations except on Sundays.