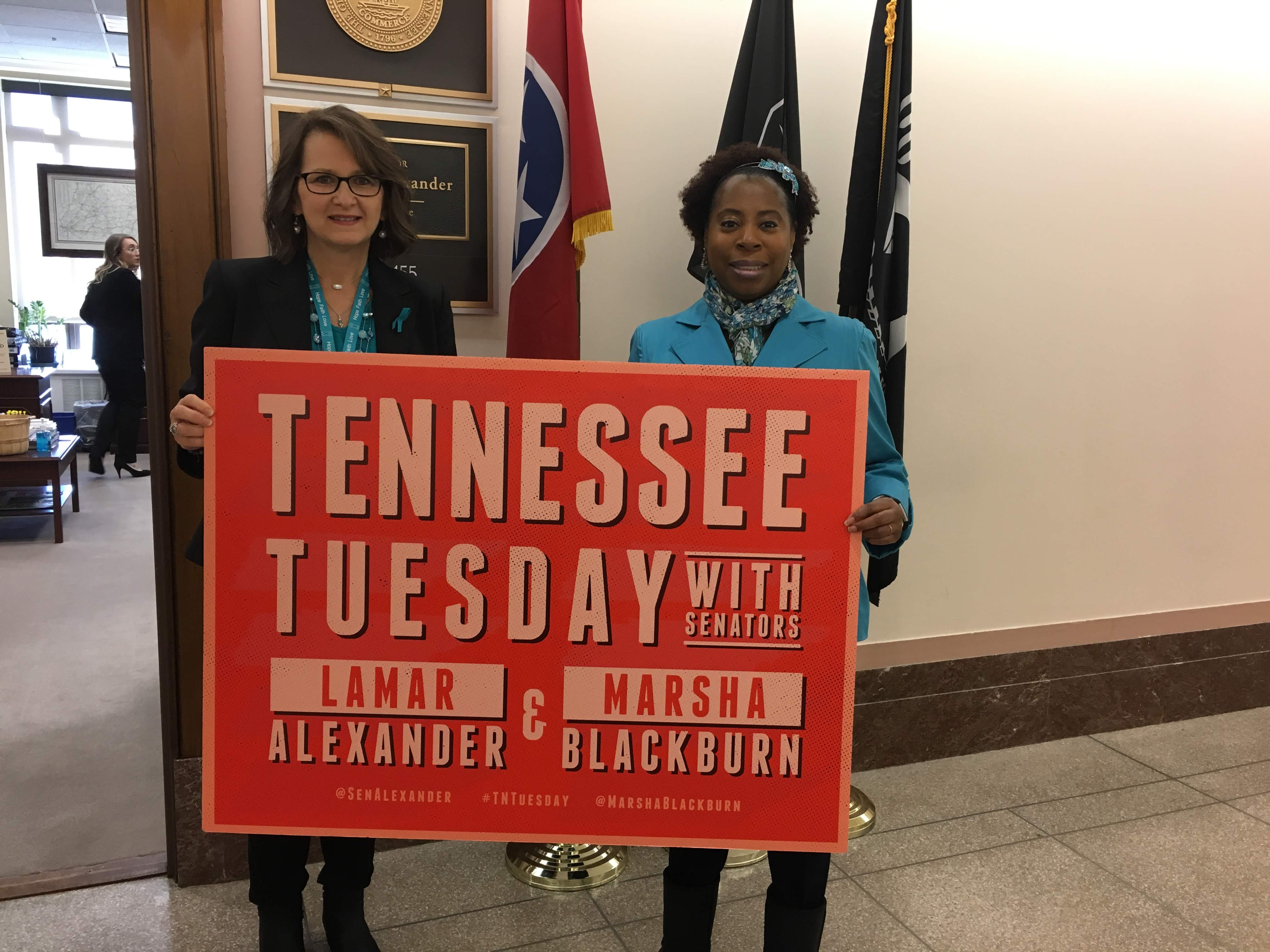 Last week, I traveled to Washington, DC along with nearly one hundred other ovarian cancer survivors and supporters. In January, I was invited to serve as one of Tennessee's advocate leaders along with my dear friend and survivor Nevette Tyus-Middleton of Nashville. In 2013, I was diagnosed with ovarian cancer 3c and currently battling my first recurrence in 2017.

This year, 22,000 women will be diagnosed with ovarian cancer and more than 14,000 women will die. Indeed, ovarian cancer is the deadliest gynecologic cancer and most women lose their battle within five years of diagnosis. And yet, federal research funding for the disease has remained stagnant for years. Ovarian cancer is notoriously difficult to identify and there are no reliable early detection tests, so most women are diagnosed at a later stage when treatment options are limited. This is why Congress should support efforts to increase funding for the Ovarian Cancer Research Program (OCRP), which is part of the Congressionally Directed Medical Research Programs.

After years of level funding at $20 million, the program can now fund only a small fraction of the many highly-regarded research proposals that are submitted. In 2017, OCRP fell $32.2 million short of being able to fund all research applications that were scored in the outstanding or excellent ranges and was able to fund only 4 percent of the total number of applications it received.

With increased funding, the OCRP will be able to more quickly advance the development pipeline for treatments and therapies that could save lives. I hope that Senators Lamar Alexander and Marsha Blackburn and Representatives Scott DesJarlais will endorse an increase to $35 million for the OCRP this year. Even if the advances won't be made in time to help me, I hope that they can help other women so that they never have to fight this dreadful disease.