Elderly Murfreesboro Couple Defrauded to the tune of $350,000 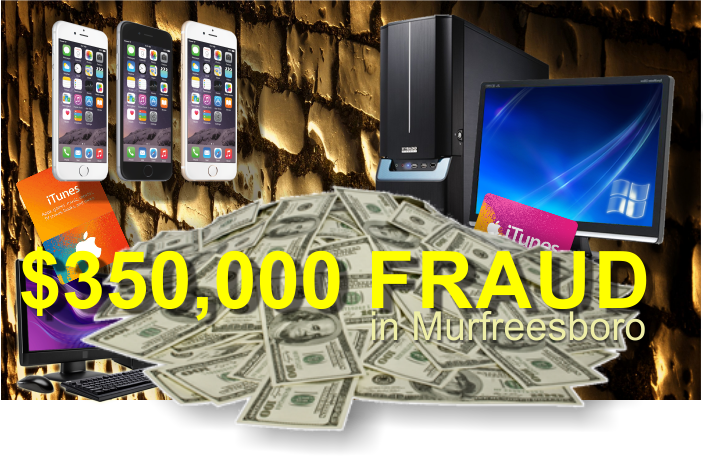 An elderly Murfreesboro couple in their 80's have been the victim of fraud since mid-2016 to today. The elderly parents told police that they were contacted by a woman claiming to know their son.

According to police reports, the subject told the elderly couple her name was Janet Bridge. She called and texted the couple for over a year giving them fictitious sad stories. So, the couple decided to help the woman by sending her small amounts of money day after day. The money was sent to the woman by way of Money Gram, Western Union, iTunes Gift Cards and more.

As the sad stories continued, the request from the unknown woman turned into new computers, iPhones and more. The stranger would ask the couple to send the items to various addresses.

By the time the 80 something year old couple had enough, the fraud added up to $350,000. The case is in the hands of Murfreesboro Police now.