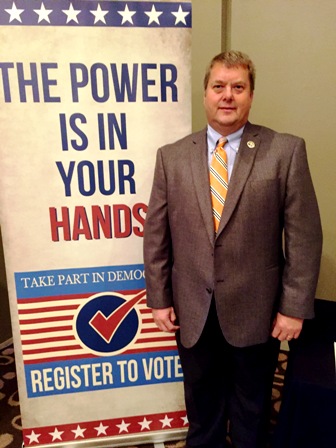 The 2016 election season in Rutherford County will see some changes in early voting locations, and Election Administrator Alan Farley hopes it will encourage a consistently higher voter turnout.

Harley is stumping area civic clubs, business groups and any gathering to encourage more citizen involvement in the election process.

Farley hopes the changes in some early voting locations will speed-up the process and make it more convenient as well. He said, "That's particulary importnt during a presidential election year."

Farley went on to say that a new early voting location has been added, and two previous locations have been changed . . .

Election Administrator Farley warned voters to make certain they have not been purged from the system. If you did not vote in the last presidential election, you may not be registered. He explained that last January, Rutherford County sent out 15,000 voter confirmation cards. More than 6,000 of those voters did not respond.

Farley encourages voters to make certain they are properly registered before going to vote.