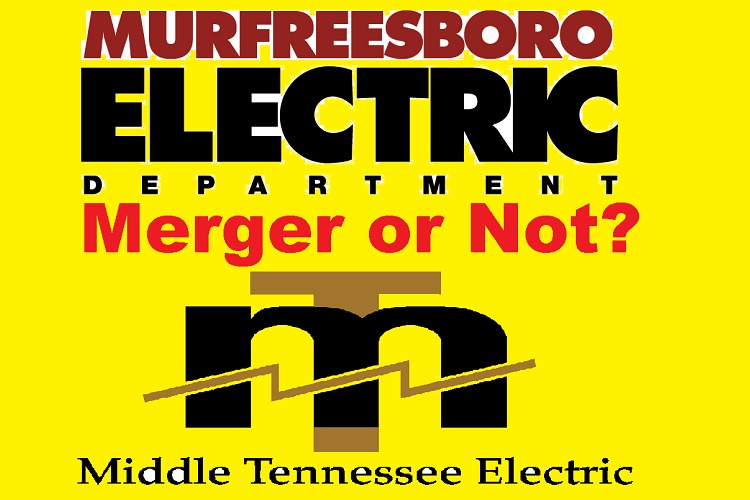 (MURFREESBORO) There will be a Public Information Open House from 5:00 to 7:00PM Wednesday evening (12/11/2019) to review information, ask questions and provide feedback about the proposed merger of Murfreesboro Electric Department with Middle Tennessee Electric Membership Corporation. This will be in the Rotunda of the Murfreesboro City Hall at 111 West Vine St.

The open house type of gathering will allow citizens to talk with officials at various stations and address their major questions regarding the potential merger between the two utility groups. Plus, city staff will be available to answer questions and provide information addressing the proposed merger.

Info On Both Utilities

Murfreesboro Electric is a 90-employee department owned by the City of Murfreesboro and a distributor of TVA electric power. The local utility serves 67,000 residential and commercial customers.

Middle Tennessee Electric Membership Coporation is the largest cooperative in the Tennessee Valley (TVA) and the third largest in the nation, with nearly 230,000 customers in its 2,100 square mile service area.

City Manager Craig Tindall said, "It is important for the community to understand the current and long-term benefits of the proposed merger. This presents the opportunity for two strong utilities to become even better in the future thereby assuring that the community continues to receive reliable, cost-efficient electric service."

Employees of the two utilities were notified of the pending negotiations in May 2019. Staff of the two utilities have worked to analyze the transaction and the benefits to the many constituents who have an interest in the transaction. On Dec. 5, 2019, Council conducted a Special Public Meeting to hear a presentation on the potential sale of MED to MTEMC. The meeting was televised live for public viewing on CityTV, Facebook Live and YouTube, which is viewable at https://youtu.be/WrDqWsxGhRQ.

As analysis and other required processes are completed, public discussions will include further City Council deliberation. City Council will deliberate, consider, and decide on the transaction at a later public meeting. The MTEMC Board of Directors will also consider and approve the transaction. Finally, the transaction must be submitted to the Tennessee Valley Authority (TVA) for analysis of the impact to electric rates, if any, and approval of the transfer of the City's contract. If these approvals are received, City and MED staff will begin the process of merging operations with MTEMC.

Murfreesboro Electric is a department of the City of Murfreesboro and currently governed by a board of directors, the Power Board. The Board, which sets its budget and makes policy decisions, is appointed by the Mayor with approval by City Council. MED operates under a contract with The Tennessee Valley Authority (TVA), a corporate agency of the federal government. The TVA provides all electricity distributed by MED to its customers in 49 square miles of service area.

Middle Tennessee Electric Membership Cooperative is the largest cooperative in the Tennessee Valley (TVA) and the third largest in the U.S. with 230,000 customers in 2,100 square miles.

A brief video explaining the benefits of the merger to electric customers and taxpayers will be available for viewing in Council Chambers on that evening.

For a Q&A on the proposed merger, visit the City's website at www.murfreesborotn.gov/merger.