EPA Water Rule to Help Farms in Rutherford County and Beyond 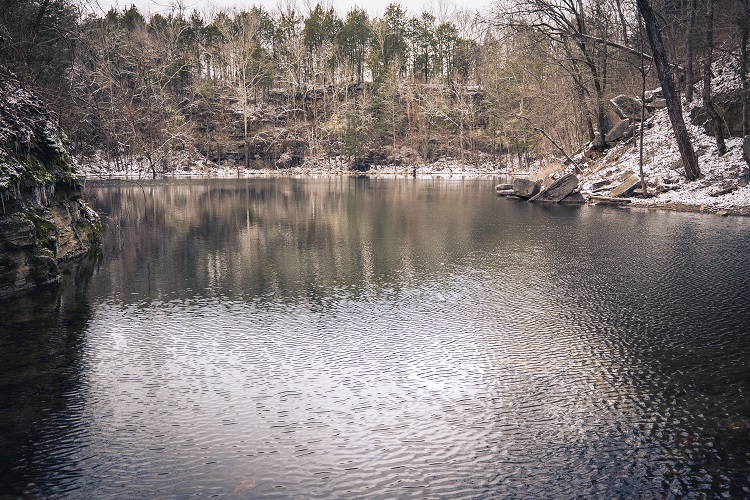 The U.S. Environmental Protection Agency has finalized a new rule, saying it clarifies which types of waterways are protected under the Clean Water Act and which are not. This clarification comes after some farmers in Rutherford, Bedford, Coffee and Cannon Counties voiced their concerns about the unfair impact they felt this would have had on their ponds and even on some of the streams that travel through their farmlands. Keep in mind, some of these farmlands have been in families for generations and are what keeps families in several rural areas alive and working.

The Navigable Waters Protection Rule, released last week, redefines the term "waters of the United States" to exclude wetlands, streams and other small water bodies from strict pollution controls. The change replaces a 2015 rule with a broader definition. American Farm Bureau Federation President Zippy Duvall stated, "This new rule will empower farmers and ranchers to comply with the law, protect our water resources and productively work their land without having to hire an army of lawyers and consultants."

Despite the hardships that more control over private ponds would have caused, some are not happy that farm waters are not falling under the rules and regulations in the same way they could have.

An example involves Kathy Hawes, the executive director of the Tennessee Clean Water Network, which is an environmental non-profit.

Meanwhile, the EPA has maintained that the change ends "decades of uncertainty" over which waterways fall under federal protection.

The Farm Bureau reports (full statement), in regards to the outcome:

The following statement regarding the new Clean Water Rule can be attributed to American Farm Bureau Federation President Zippy Duvall.

"Farmers and ranchers work every day to protect our nation's waterways and drinking water. For more than five years we have advocated for a new water rule that protects clean water and provides clear rules for people and communities to follow. This new rule will empower farmers and ranchers to comply with the law, protect our water resources and productively work their land without having to hire an army of lawyers and consultants.

"We want to protect land and water in the communities where we live and work. Clean water is our way of life. Preserving our land and protecting our water means healthy places to live, work and play. We believe this new Clean Water Rule is rooted in common-sense. It will protect our nation's water resources and allow farmers to farm.

"We appreciate the months of hard work that the administration, especially the EPA and Army Corps of Engineers, invested in making sure the new Clean Water Rule was done right. Unlike the 2015 WOTUS rule, this new rule protects our resources, respects the law and provides greater clarity so the agencies and the public can identify regulated federal waterways. We will further analyze this new rule in the coming days and will suggest further refinements during the comment period."