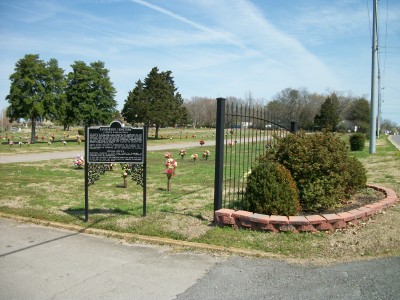 Stealing from a graveyard is a crime you don't hear about too often.

Unknown persons stole a slew of lawn maintenance equipment from the Evergreen Cemetery in Murfreesboro. The theft was reported on Monday (11/28/16).

According to the Evergreen Site Manager, two trimmers, one weed eater and two chainsaws were taken from the maintenance building. Evidently, the equipment may have been taken while the cemetery staff was on the property caring for families being laid to rest.