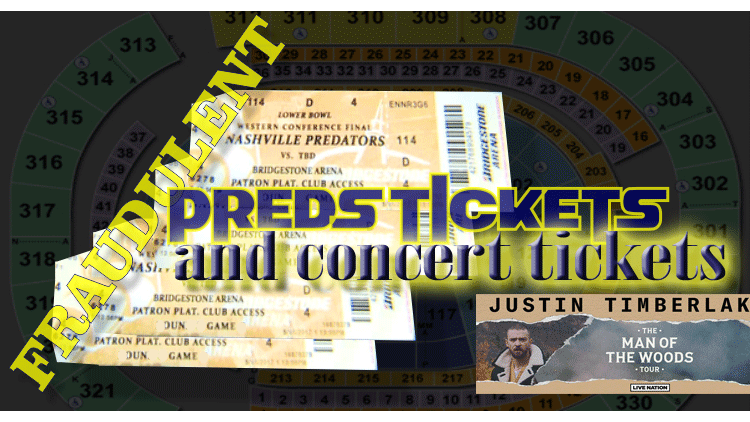 A local teacher learned a recent lesson the hard way when he bought what later turned out to be FAKE concert tickets.

The victim told Murfreesboro Police he found tickets to a Justin Timberlake concert for sale on CraigsList. From the same seller, he found tickets for Predators games. The prices sounded good so he bought 19 tickets!

Later, he found out the tickets were fakes.

The victim paid for the tickets via PayPal and was able to get all but $800 back.

According to a Murfreesboro Police Report, the tickets were sold to the victim by a subject in New Jersey named Brendan Frank. The case is currently under investigation. No arrests made at this point.