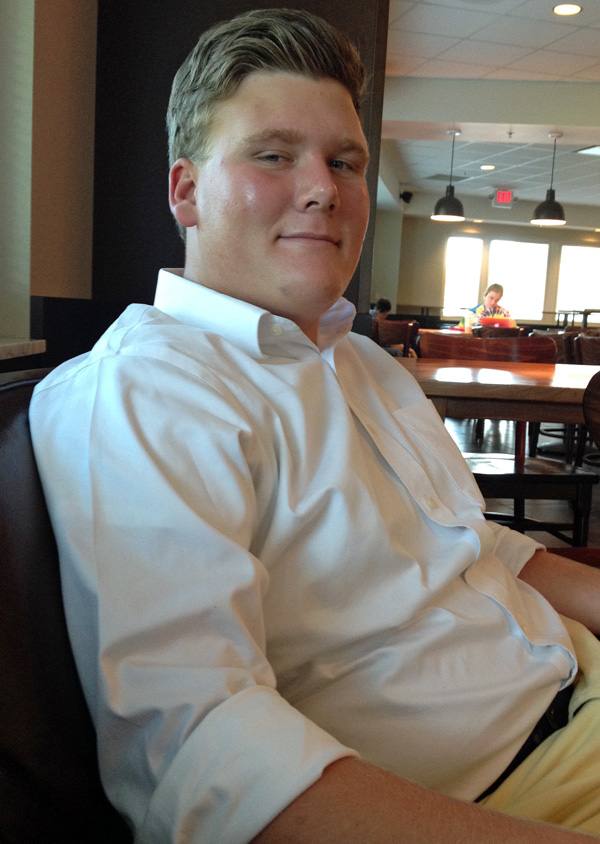 The financial indebtedness that burdened one college student has propelled his son forward into a collegiate career at MTSU.

Ian Tyler Muller is attending the university on an $8,000 scholarship from the Life Lessons Scholarship Program of Life Happens, a nonprofit organization supported by more than 140 insurance and financial companies.

Life Happens has declared September to be Life Insurance Awareness Month. The group claims that more than 40 percent of Americans have no life insurance.

To compound the tragedy, the elder Muller had racked up some $300,000 in debt, but he had not taken out a life insurance policy. The family had no savings to satisfy creditors.

At age 15, Ian worked 40 hours a week at two jobs to help his family while attending high school. However, he displays no bitterness and still holds his father in high regard.

"I loved him more than anything else in the world," Ian said. "He was my best friend."

For years, N. Ian Muller worked in human resources at a large plastics company, but he hated it.

When his entire division was laid off, he lost his insurance policy, but he was free to pursue his dream of owning a coffee shop. The shop never brought in much money, partly because of Muller's generous nature. He would give away free coffee to people who could not afford it.

The elder Muller had earned a bachelor's degree from Western Illinois University and a master's degree from Indiana University. At the time of his death, he was working on a doctorate at Clemson University while racking up thousands of dollars in student loan debt. Fortunately, due to the family's dire need, creditors forgave Muller's debts.

At first, Ian thought that writing a 500-word essay about his situation in order to obtain a scholarship would be exploitative of his father's memory. He later came to regard it as a way of paying tribute.

"He fought tirelessly to help me get good grades and put me in a position where I could pay for college," Ian said.

Ian also obtained two other scholarships and Pell grants to complement his Life Lessons scholarship, but he has something even more valuable -- a community that cares about him. When his grandfather developed stage four cancer, private citizens raised enough money for the family to go to Arizona to see him since the Mullers had little savings.

That same South Carolina community turned out in droves to say goodbye to N. Ian Muller. Some 3,000 attended a ceremony in his honor at a local high school stadium.

"It was above and beyond what you would think a community would be willing to do for someone in our situation," Ian said.

Later, the elder Muller's ashes were scattered in Alaska as Led Zeppelin's "In My Time of Dying" was played, all according to his wishes.

Now Ian is pursuing his dreams of working at a job he truly loves instead of the drudgery that weighed down his father's soul as surely as his debts weighed down his dreams. With a love of rock music inspired by his father, Ian intends to make it in the record business.

"His most important job was us," said Ian. "I'm lucky, even though he passed, to have had someone in my life like that."

For more information about the Life Lessons Scholarship Program, go to www.lifehappens.org.