Faux Hardwood Theft in Murfreesboro - Up to $17,000 in Material Stolen 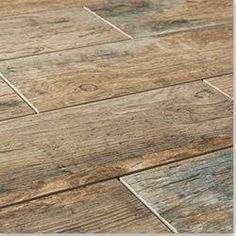 Approximately 17 pallets of faux hardwood have been reported as stolen in Murfreesboro. The material that is often used in homes is valued at up to $17,000.

On Wednesday afternoon, the pallets were loaded onto a semi-truck at a warehouse that the flooring was being stored at on Middle Tennessee Boulevard. Paul Meline who operates one of two companies that utilizes the warehouse was called by a worker who told him about the pallets being loaded onto a truck. They later confirmed that the shipment was not supposed to take place.

An inventory was quickly conducted due to the suspicious nature of the event and it was learned that the pallets had been stolen from the warehouse. It was also found that the flooring was being sold through postings on FaceBook.

A 34 year old suspect has been named, but not arrested at this point. The case remains open.