"Fiddle On The Roof" Starts Jan. 31st In Woodbury 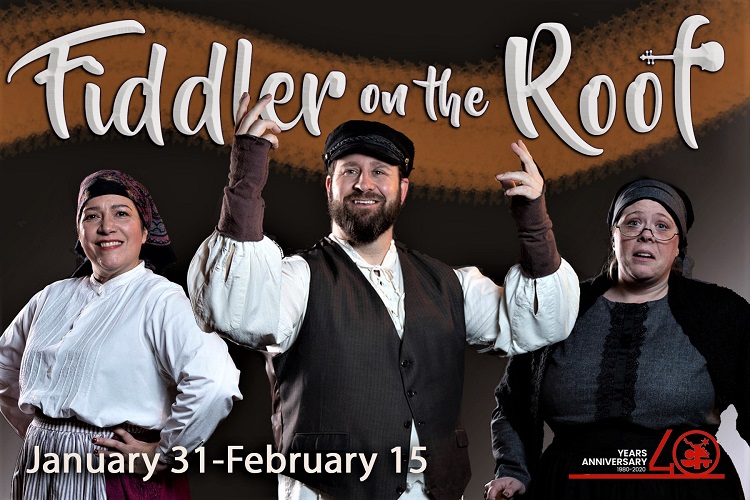 (WOODBURY TN) The Arts Center of Cannon County at 1424 John Bragg Highway in neighboring Woodbury, presents "FIDDLER ON THE ROOF", January 31 thru February 15, 2020. Performances on Friday and Saturday evenings at 7:30PM, and Sunday matinees at 2:00PM. For more information call 615-563-(ARTS) 2787. Check out our web site at www.artscenterofcc.com. General admission tickets are $15.

The local production is directed by Cyndie Verbeten, and is set in the little village of Anatevka.

The story centers on Tevye, a poor milkman, and his five daughters. With the help of a colorful and tight-knit Jewish community, Tevye tries to protect his daughters and instill them with traditional values in the face of changing social mores and the growing anti-Semitism of Czarist Russia.

Rich in historical and ethnic detail, Fiddler on the Roof's universal theme of tradition cuts across barriers of race, class, nationality and religion, leaving audiences crying tears of laughter, joy and sadness.

With iconic and beloved songs such as "Sunrise, Sunset," "If I Were a Rich Man" and "Matchmaker, Matchmaker," Fiddler on the Roof is the perfect mix of audience-pleasing humor and heart.

Again, the Arts Center is located on 1424 John Bragg Highway, just west of the town of Woodbury, approximately 20 minutes from Murfreesboro. Office hours are 10:00a.m. to 4:00p.m., Tuesday through Saturday. For more information call 615-563-(ARTS) 2787. Or visit their web site at www.artscenterofcc.com.