Numbers from the CDC and the National Highway Traffic Safety Administration

The Centers for Disease control and prevention estimates that from October 2018 to January 19, 2019 there have been up to 11.4 million flu illnesses and up to 136,000 flu hospitalizations nationwide. 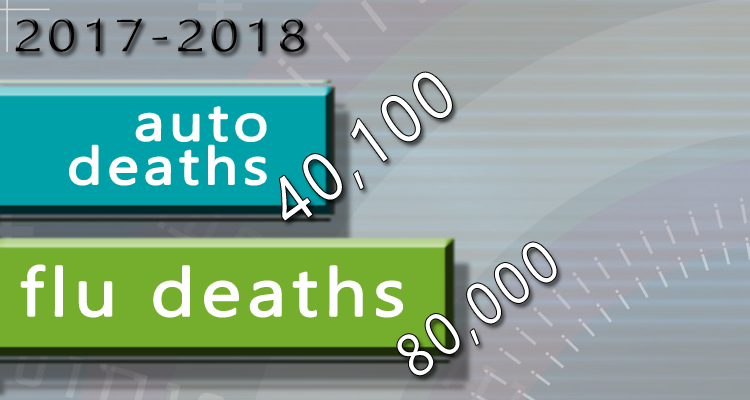 Influenza (also known as flu) is a contagious respiratory illness caused by flu viruses. It can cause mild to severe illness, and at times can lead to death. Flu is different from a cold. Flu usually comes on suddenly. People who are sick with flu often feel some or all of these symptoms:

• Fever* or feeling feverish/chills
• Cough
• Sore throat
• Runny or stuffy nose
• Muscle or body aches
• Headaches
• Fatigue (tiredness)
• Some may have vomiting and diarrhea, though more common in children vs. adults
• It's important to note that not everyone with flu will have a fever.