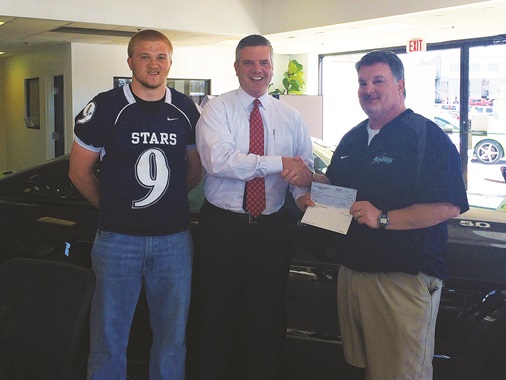 Photo: David Lee presents Drive One 4UR School check to Coach Wyant and a member of the Siegel High School football team.

Since the program’s inception in 2007, the Drive 4 UR School program has generate more than $16 million in donations for high schools nationwide. The money raised during the Drive 4 UR School program has helped ensure that extracurricular actives like sports and music programs continue in local communities despite budgetary constraints and funding cuts.

“I am more than thrilled that people from the local community turned out to support the Siegel High Schools football team, and I’ve never been more proud to be a Ford dealer. Participants had the chance to take a fun, casual drive in one of our vehicles, while lending our students and community a much-needed helping hand,” said David Lee, Owner/General Manager, Ford of Murfreesboro.