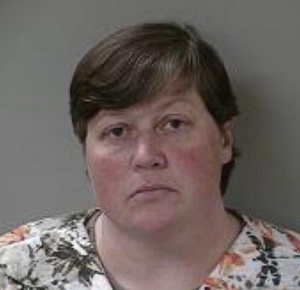 The former treasurer of the Blackman High School Boys Soccer Booster Club, Donna Moore, has been indicted by the Rutherford County Grand Jury on a theft charge after Comptroller investigators found that she stole at least $6,989 from the booster club.

Donna Moore used the booster club's debit card and cash for her personal benefit between September 2014 and June 2015.

Ms. Moore used the booster club debit card to purchase jewelry, clothing and gift cards. Ms. Moore also failed to deposit booster club cash collections, and she kept cash that was purportedly for change funds for concessions and other events.

Ms. Moore admitted to Comptroller investigators that she used booster club money to buy personal items. In June 2015, she deposited $1,180 in the booster club bank account.

In October 2015, Donna Moore was indicted by the Rutherford County Grand Jury on one count of theft over $1,000.

Investigators also identified a number of problems with the booster club's financial processes. These deficiencies include not separating financial duties between multiple individuals, requiring only one signature on checks, and not requiring support documents for expenses and other withdrawals.

"Tennessee's school support organizations are required to implement basic checks and balances that help prevent and detect theft," Comptroller Justin P. Wilson said. "Our investigators have noted several weaknesses in this case, but I'm encouraged to note that booster club officers are working to correct these problems."