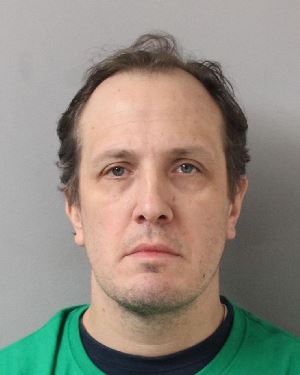 The former pastor of Nolensville Road Baptist Church who served for more than two decades has just been returned to Nashville by Metro Nashville Police officers from Pittsburgh to be booked on a Davidson County Grand Jury indictment charging him with eight counts of aggravated sexual battery for the alleged molestation of children at the church.

Matthew Dennis Patterson, known as Denny, 45, resigned from the church on September 24, 2017. He moved to Pennsylvania shortly thereafter. On September 27, church members came to the South Precinct to report that children were saying Patterson had them engage in strange activities with him, including sitting on his face and stomach, sometimes in their underwear.

Detectives John Thomas and Jacob Masteller, from the Child Sexual Abuse and Exploitation Unit of the MNPD's Youth Services Division, began their investigation of Patterson in late September. Numerous church and staff members were interviewed. Through their work, the detectives identified multiple victims, mostly boys, who were allegedly molested by Patterson's touches between the years 1998 to 2017. The results of the investigation were presented to the District Attorney's Office, resulting in a return of the indictment after a presentation to the grand jury in February. MNPD detectives traveled to Pennsylvania to coordinate Patterson's arrest with Allegheny County authorities and the U.S. Postal Inspection Service. He was taken into custody without incident on March 8th, but refused to be interviewed.

This investigation remains open. Additional charges against Patterson in regard to other alleged victims are anticipated.

Leadership of Nolensville Road Baptist Church has been fully cooperative with the MNPD's investigation.