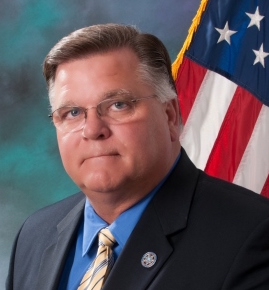 Filed Friday in U.S. District Court in Nashville, the lawsuit contends Arnold terminated Gammon from his post in September 2015 even though he was in good standing after 38 years with the office and had nothing wrong except upset Arnold by reporting actions he considered unethical and unlawful to several agencies, including the Tennessee Bureau of Investigation.

The lawsuit claims Arnold violated state Whistleblower law and federal law as well as Gammon's free speech rights by firing him because he spoke up about several activities the sheriff's office was involved in, especially the sale of e-cigarettes to inmates with a no-bid contract through JailCigs, a company co-owned by Arnold's uncle and aunt and Chief of Administration Joe Russell.

Arnold and Russell are the subject of a TBI-FBI investigation, in part, as a result of Gammon's reporting.

Gammon, who is represented by Murfreesboro attorney Terry Fann, is seeking damages for lost front and back pay, benefits, humiliation, embarrassment, mental anguish and compensatory damages for a violation of constitutional rights, as well as punitive damages against Arnold, in addition to legal fees, interest and court costs. A jury trial is being sought.

Among other things, according to the lawsuit, Gammon learned:

When he started looking into the JailCigs situation, Gammon found out Russell and Arnold were using sheriff's officers to distribute the e-cigarettes to inmates at $12.95 per e-cig, the lawsuit says, and were encouraging and soliciting other Tennessee sheriffs to use JailCigs to make money for the sheriff's office without going through bidding procedures.

Past story on the termination of Gammon HERE.