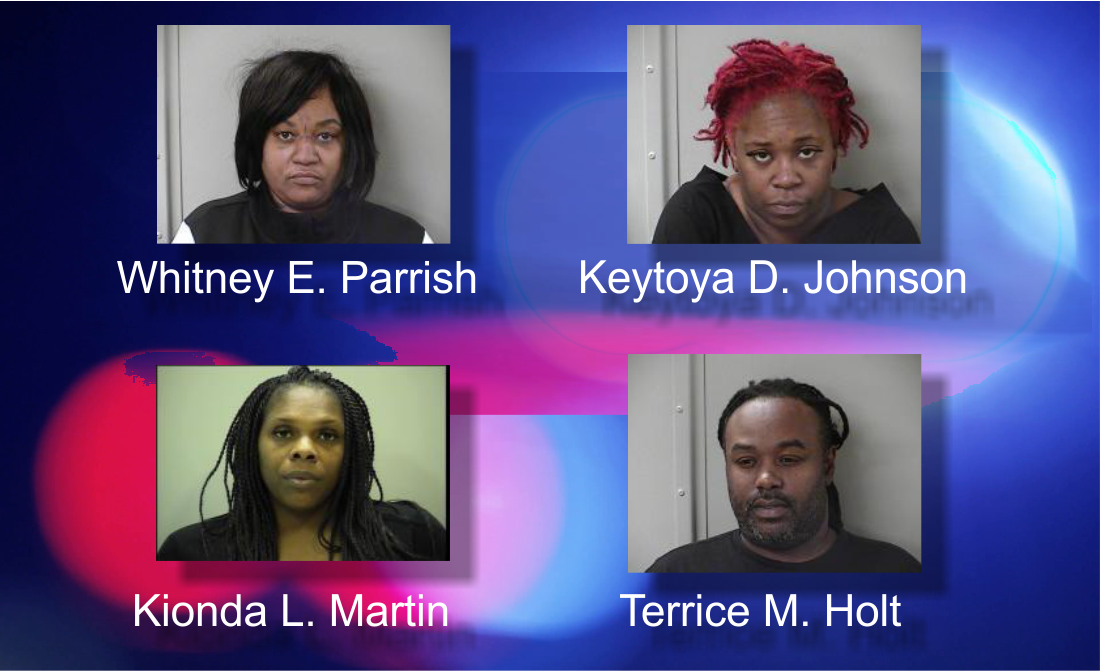 Over $1,300 in clothing believed to have been stolen from Victoria's Secret, Osh Kosh and Children's Place was recovered by Murfreesboro Police. The items were found in a car that the suspects entered after leaving the lingerie store in The Avenue.

Once officers moved in to question the subjects, four total, they found $1,300 worth of clothes in the car. Another $1,700 worth of items from Ross were located in the trunk of the vehicle.

The Ross items were believed to have been stolen from the Ross store in Nashville at 100 Oaks.

Police officers with the MPD also found a large magnet that was said to be used to defeat the anti-theft devices on the clothing.

Evidently, the suspects all admitted to their part in the alleged clothing thefts that occurred in both Nashville and at The Avenue in Murfreesboro.

Arrested and charged with two counts of theft over $1,000 and possession of theft device tools were 43 year old Whitney E. Parrish, 39 year old Kionda L. Martin, 37 year old Keytoya D. Johnson and 36 year old Terrice M. Holt. All four were arrested in the parking lot of The Avenue in Murfreesboro.