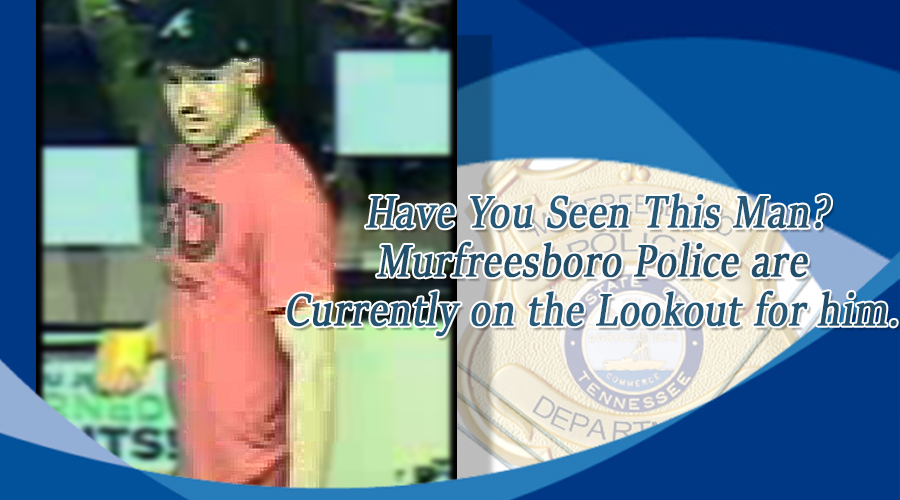 A case of fraud is under investigation in Murfreesboro and authorities are trying to identify a man photographed on an in store surveillance camera.

The victim to fraud accidentally left his ATM card in a Pinnacle bank machine on South Church Street. The suspect apparently came along and took the card followed by a trip to Best Buy for a quick shopping spree. But, the shopping ended at the cash register when his $976 purchase was declined. Before the Best Buy visit, the man successfully grabbed some fast food, gift cards and filled his tank with gas. The subject was seen in a silver or gray in color Nissan Frontier pick-up truck.