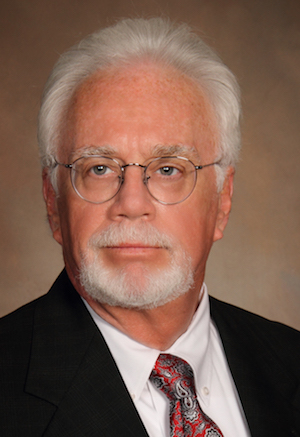 Thomas D. "Tom" Frost, a local Murfreesboro attorney, announced today that he has qualified as a candidate in the August 4th election for General Sessions Judge, Part IV.

Frost stated that this new judgeship was created by the Rutherford County Commission because of a need to relieve the two judges who handle the criminal docket and to help alleviate the present over-crowded situation at the jail. "This judge will need to be prepared to immediately begin serving Rutherford County, therefore, proper experience is paramount." Frost said.

Frost feels that his nearly four decade long law career, including a decade with the Rutherford County Public Defender's office, makes him the best prepared and most experienced candidate to serve as the new General Sessions Court Judge.

Tom Frost is a graduate of East Tennessee State University and received his Doctor of Jurisprudence from the University of Tennessee College of law in 1976 and has successfully practiced for more than 39 years. During that time, he has represented numerous individuals and businesses, both large and small, in State and Federal Courts of Tennessee. Frost has handled cases in 37 Tennessee counties and in eleven other states. He has had now 90 jury trials, having tried three jury cases in the last 12 months.

In 2001, Frost became a member of the local Public Defenders office and appeared daily in the General Sessions Court for over 10 years. He represented thousands of individual defendants in both misdemeanor and felony cases along with violations of probation. Frost was responsible for meeting with those defendants, sometimes helping with bail bond issues, scheduling court dates, conducting a few miscellaneous bench trials, and having hearings on motions and hundreds and hundreds of preliminary hearings. "During that time," said Frost, "I had to be extensively knowledgeable of the practice and procedures of General Sessions court as well as all of Tennessee's criminal law, criminal procedures, and evidentiary rules."

Frost is active in the community serving in the Murfreesboro Civilian Club where he was named Member of the Year. He is currently a member of in the Murfreesboro Barristers Lions Club. He and his wife Margaret (Meg) are members of, and regularly attend, Saint Paul's Episcopal Church.

Early voting begins July 15th and concludes July 3oth. Election Day is August 4th. The deadline to register to vote in this election is July 5th.