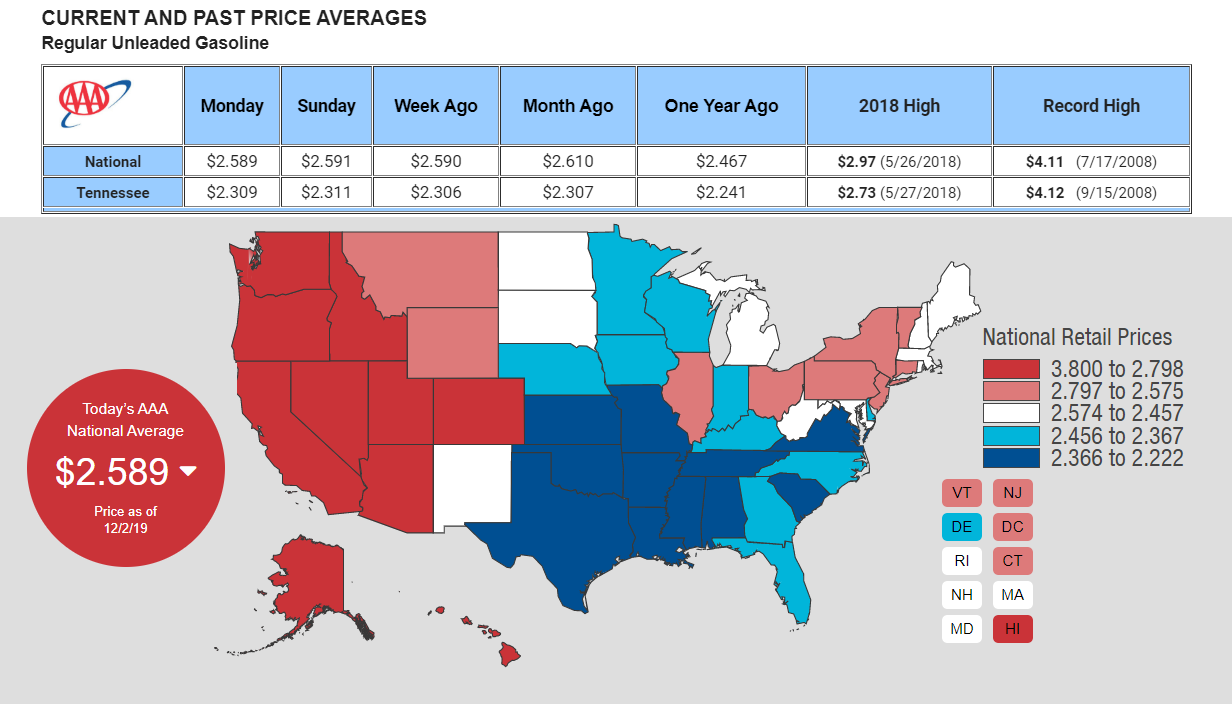 Tennessee Gas Prices are holding steady compared to a week ago. The average price for gasoline is the same as last week and last month, but is six cents more than one year ago.

Following a busy holiday long weekend that saw 49 million Americans traveling on roadways, gas prices across the country saw minimal fluctuation, with most states seeing decreases on the week.

"Gasoline stocks have steadily increased the past few weeks as gasoline demand has started to slow," said Jeanette Casselano, AAA spokesperson. "This trend is creating cheaper gas prices for the majority of motorists." 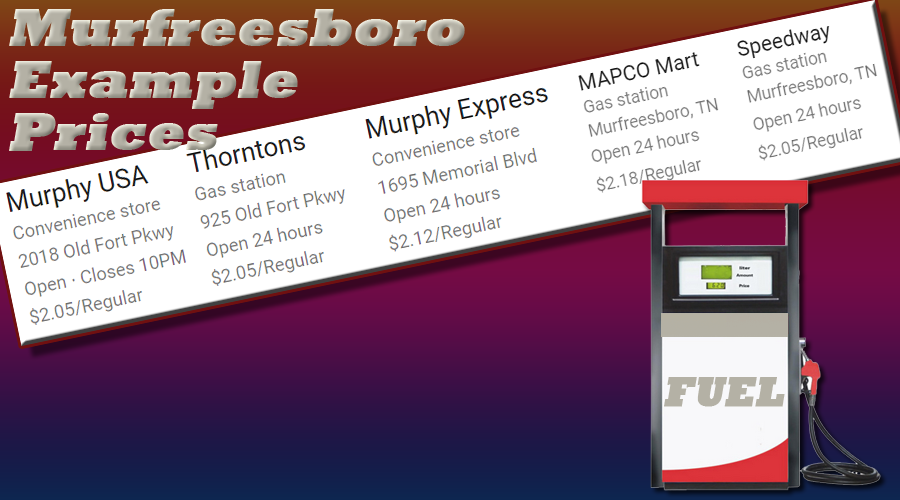 At the close of Friday's formal trading session on the NYMEX, WTI decreased by $2.94 cents to settle at $55.14. Continued market fear that tension between China and the U.S. - the world's two largest crude consumers - will reduce crude demand moving into next year helped push prices down.

Should inventory levels stay high, gas prices are likely to decrease in the coming week.