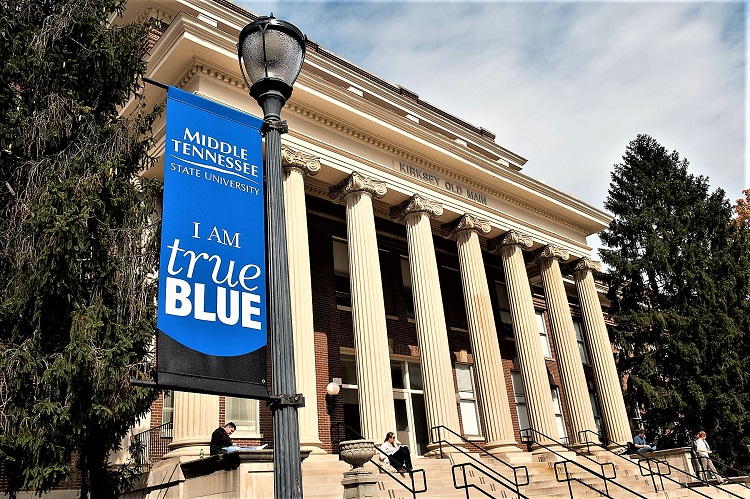 (MURFREESBORO) Middle Tennessee State University has been named one of the best places to earn an undergraduate degree in the nation by The Princeton Review, which called it "a go-to choice for those wishing to receive a quality and affordable education."

It marks the first time MTSU was awarded a coveted spot in the review's renowned guide, "The Best 385 Colleges," an honor given to roughly 13 percent of the nation's 3,000 or so four-year institutions. Only one other public institution in the state, the University of Tennessee-Knoxville, made the unranked list.

"We are pleased that The Princeton Review recognizes the great quality and value of our academic programs and the wonderful quality of life and facilities found on our campus," said MTSU President Sidney A. McPhee.

Added Provost Mark Byrnes, the university's chief academic officer, "This reflects the hard work of our faculty and staff in helping our students succeed, as well as the almost $1 billion in improvements and new construction put forward on our campus."

In past years, MTSU has been included in the review's list of top schools in the Southeast. The university remains on the regional list by virtue of its inclusion on the review's top national list.

"We chose the 385 colleges for this edition as our 'best' overall, academically, based on data we gathered in 2018-19 from more than a thousand school administrators about their schools' academic programs and offerings," said Robert Franek, The Princeton Review's Editor-in-Chief and lead author of the book.

The book also gleans insights based on its surveys of 140,000 students attending the 385 selected colleges in 2018-19 or in the previous two academic years.

MTSU students reached as part of the review's survey weighed in with their thoughts about the university's academic offerings, student body and campus life.

The guide reported, "Overall, students agree: 'This school is amazing, and it is such a hidden gem.'"

And, on campus life itself, student comments included:

You can read an online summary of MTSU's entry on "The Best 385 Colleges" here: https://tinyurl.com/MTSUBest.

In addition to MTSU and UT-Knoxville, other Tennessee institutions included in the review's list were Vanderbilt University, Rhodes College, and the University of the South.