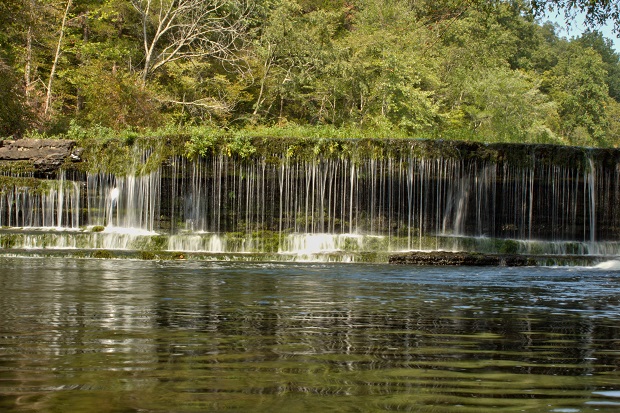 Photo of a waterfall in the park.

It's official: Golf will be played once again at Old Stone Fort Park in nearby Manchester, TN. Driver Properties LLC purchased 140 acres of land from the state of Tennessee for $561,000.

Tink Driver and his wife Judy and also Pete Jackson are the owners and they plan on opening March 1, 2017. Mr. Driver told partner station WMSR that work has already begun on the course that has been closed since Sept 8, 2011. He added that some work around the course may take up to 18 months to complete, but he plans on having the golf course itself open by the March 1, 2017 date.

Driver said they are renovating the old Country Club building and the former driving range will be reopened. He also said that he will have a pro working out of the pro shop and golf lessons will be available.

Driver wants to make the course at Old Stone Fort affordable to all, but stressed it will be a great place for senior players and kids to play a round of golf.