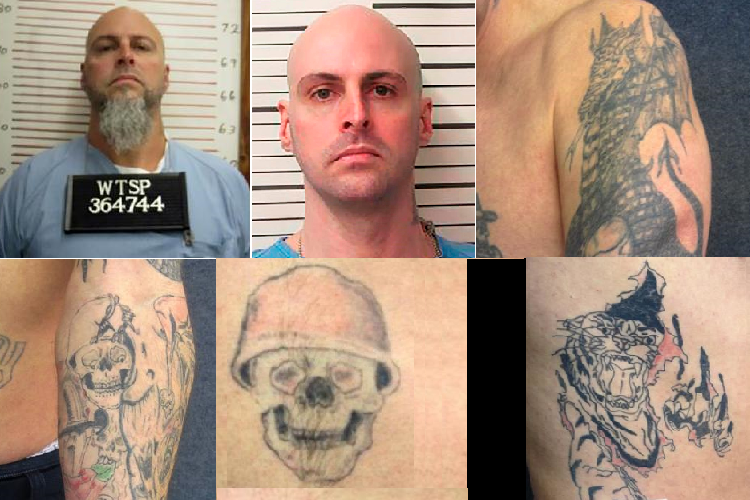 Photos of Curtis Ray Watson with and without facial hair, and his tattoos

Tennessee Governor Bill Lee announced the State of Tennessee is offering another reward for the apprehension of Curtis Watson. That amount is now $52,500 for information leading to the apprehension, arrest and conviction of Watson, who is a suspect in the murder of Tennessee Department of Correction Administrator Debra Johnson.

"We need Tennesseans' help," said Governor Bill Lee. "I urge any person with information that can help us locate and apprehend this individual to contact the Tennessee Bureau of Investigation immediately."

A Blue Alert continues for Watson, and he has been added to the Tennessee Bureau of Investigation's Most Wanted List. Watson is considered extremely dangerous.

The manhunt for the 44-year old escapee from the West Tennessee State Penitentiary last Wednesday (8/8/7/2019). He is a suspect in the murder of that facility's administrator. The body of 64-year old Debra Johnson was discovered around 11:30AM that morning at her home on the prison campus.

Watson used a tractor to leave the West Tennessee prison campus. It was found a little over a mile away.

Anyone who has information concerning the whereabouts of this escaped inmate please contact the Tennessee Bureau of Investigation at 1-800-TBI-FIND.