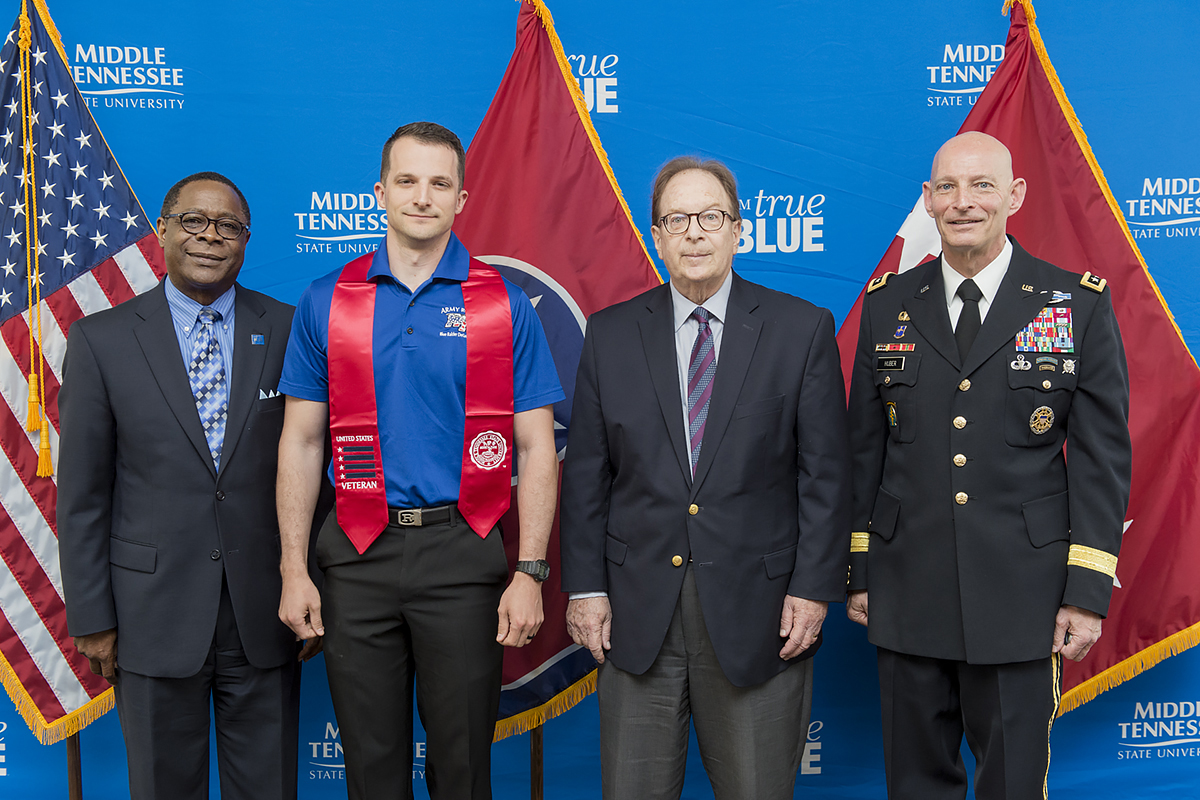 Nearly 50 student veterans were joined by family and friends and university administrators and staff for the budding tradition of recognizing them before graduation during the fourth Graduating Veterans Stole Ceremony Wednesday (April 13) in Cantrell Hall of the Tom H. Jackson Building.

Starting with the first Stole Ceremony in May 2015, MTSU began to honor its graduating veterans with a formal ceremony. They receive red stoles to wear during graduation.

MTSU will have 114 student veterans, including several husband-and-wife tandems, graduating in May.

For spring commencement, MTSU begins a new tradition with a separate ceremony for graduates from the College of Graduate Studies Friday, May 6.

Two commencement ceremonies for graduating seniors will be held at 9 a.m. and 2 p.m. Saturday, May 7. For more information, visit http://www.mtsunews.com/graduation-info/.