GUILTY: Man charged with the rape of an 85 year old Murfreesboro woman 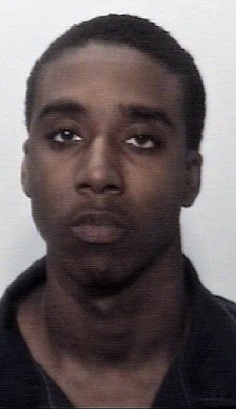 The man accused of attacking and raping an 85 year old woman in her garage was CONVICTED in a Rutherford County Courtroom on Tuesday (Dec. 11, 2018).

Looking back, Murfreesboro Detective Tommy Roberts explained what happened to the victim in the Mitchel Neilson Schools area on November 14, 2017...

18-year old Chriteris Allen of Jackson, Tennessee was arrested by the Jackson Police Department on December 6, 2017 on charges from that area. He was later charged with aggravated rape and aggravated robbery in Rutherford County for the crime against the elderly Murfreesboro woman.

According to the official police report, the 85-year old victim told officers that a black male entered her garage armed with a silver handgun. The man allegedly attacked the elderly woman as she was cleaning her car windows. Evidently, the garage door was open when the man entered.

The accused assailant first ordered the woman to perform oral sex on him. He then raped the woman both in the front and the back. Afterwards, the man took the time to clean evidence he left behind off the garage floor. The victim said that the man cleaned the floor with water and vinegar.

Prior to leaving, the senior citizen was robbed of her cell phone and cash that she had at her home. When the bruised and battered victim told the man that her husband works for a federal law enforcement agency, the subject took off running.

Again, 18-year old Chriteris Allen of Jackson, Tennessee has been arrested for the alleged rape and robbery in Murfreesboro.