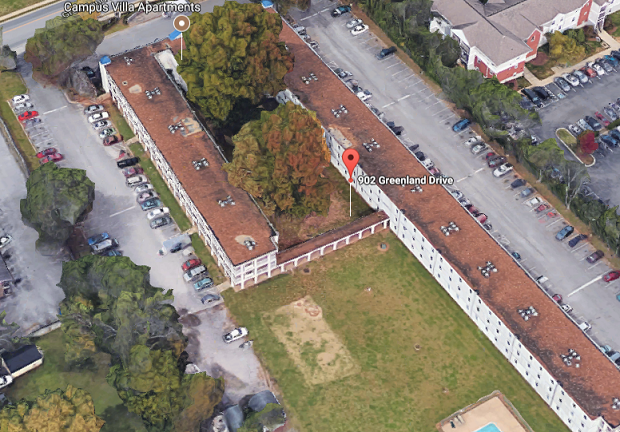 Two convicted felons were among those arrested on gun possession and drug charges in the parking lot of Campus Villa Apartments on Greenland Drive. Murfreesboro Police Officer James O'Rourke was patrolling, due to high drug activity and shootings in the area, around 8pm Wednesday.

He saw a vehicle, parked, with the lights off and made contact with those inside. While reportedly smelling marijuana, the officer noticed Matthew Waters, age 19, of Diana Street, allegedly place something on the floor of the vehicle. Kevin Washington, age 19, of Brookfield Drive and Deleai Harris were also inside the vehicle.

A search inside turned up two loaded handguns. Both reported stolen - one by Smyrna Police the other by the Rutherford County Sheriff's Office. Marijauna and 76 Xanex drugs were also found inside the vehicle.

Because Washington had prior felony convictions, including aggravated assault and evading and Waters for attempted aggravated robbery and drug possession, they face several new felony charges. Harris, the driver of the vehicle, was cited for simple possession of a schedule four drug.

Washington was booked on a 21-thousand dollars bond while Waters' bond was set at 10-thousand. Both will have a January 30th court date.