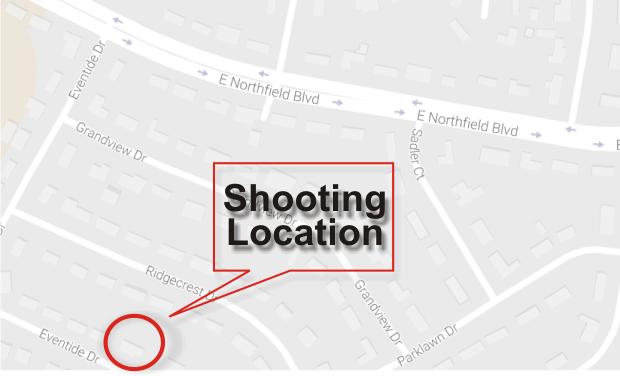 Murfreesboro Police responded to 319 Eventide Drive on Thursday in reference to the sound of gunshots being heard. Once on the scene, they noticed two shattered windows and the front door unlocked.

Inside the house, police wrote in a report that it was vacant. They did not find any sign of injuries, however a bystander who called police said they saw two men leave the home. The caller said it appeared as if one of the two men had been shot in the leg. But, police did not find evidence of blood in the vacant house.

A single shell casing found at the home was logged into evidence. Police were unable to determine who may have fired a gun at the house or inside the home.