Habitat for Humanity's 2019 Charity Chopped in the Boro 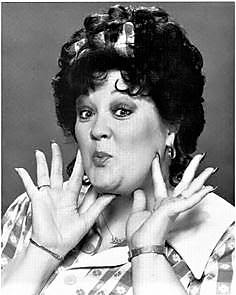 Lulu's life has been ever changing--from being raised in an orphan's home and never experiencing love from a parent, to becoming a drug addicted go-go dancer in a strip club, to a born again, award-winning gospel music artist who is loved by millions as the star of the hit TV show "Hee Haw".

Charity Chopped in the Boro is now in its third year and raises money for three local nonprofits in the categories of Food - Shelter - Clothing. In addition to the Rutherford County Area Habitat for Humanity, donations will go to the Second Harvest Food Bank and Amelia's Closet.

Nonprofits can raise money by creating their fundraising "teams" on Crowd-rise. They will receive all the money that is donated in their name.
Nonprofits are also eligible for prizes during the event, and general donations will be split between the three charities.
Three "Celebrity" Chefs will prepare three courses from mystery ingredients with the help of their own "Sous Chef". This is similar to the Food Network's "Chopped"!
Judges will score the dishes and award prizes.
For more information about Rutherford County's Habitat for Humanity 2019 Charity Chopped In The Boro CLICK HERE.
Read more from:
News
Tags:
Habitat for Humanity's 2019 Charity Chopped in the Boro, Hee Haw, Lulu Roman, Murfreesboro, WGNS
Share: