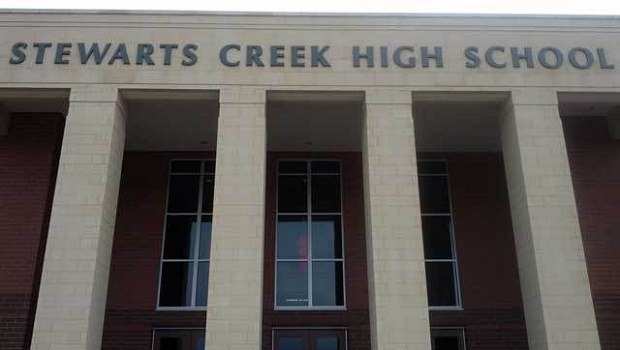 A tip from a student led to the search of another student at Stewarts Creek High School. Law enforcement and school administration found a loaded handgun in the student's back pack Thursday morning.

Evans says since the high school shares campus space with Stewarts Creek Elementary and Middle Schools, parents of all three schools were sent a direct message about the incident.

He ensures parents that all students are safe and the school followed the safety procedures in place for such incidents.

This is the second incident of a gun being found on school grounds in as many weeks. Last Tuesday, the Rutherford County Sheriff's Department and Riverdale High School administration discovered a handgun and marijuana in a student's car after receiving a tip.